Hi friends! Welcome back to my first book review since April. Honestly, I’ve pretty much forgotten how to write reviews, and I’ve kind of forgotten how I felt when I first finished reading this book, but here we are. I’m so glad I started taking notes of what I liked and didn’t, otherwise, I probably would never have been able to write this.

Anyway, here I am today with my review of The Scorpio Races by Maggie Stiefvater, including some pictures and thoughts on her November Cakes recipe. I’m super excited, so let’s jump right in!

END_OF_DOCUMENT_TOKEN_TO_BE_REPLACED

Good morning!! Welcome back to Let’s talk Bookish my friends! Let’s Talk Bookish is a weekly meme, hosted by me @ Eternity Books & Dani @ Literary Lion, where we discuss certain topics, share our opinions, and spread the love by visiting each other’s posts.

Today’s topic is: Food That Reminds You of Certain Books (suggested by Lydia @ Lydia Schoch)

Many thanks to Lydia for suggesting this topic!! I’m super excited because you all know I love food and desserts, so talking about them with books is just amazing!

END_OF_DOCUMENT_TOKEN_TO_BE_REPLACED

Hey everybody!! Today I’m going to be doing the Sunshine Blogger Award for the 3rd time! Thank you so much to Charlotte @ Bewitching Books, Ravenous Reads for tagging me!!

Charlotte tagged me in December of last year, and it’s April of this year, and I know that I’m a mess, and I’m working on that. Honestly, I kind of miss doing tags, because they are so easy, kind of generic, and they’re fun ways to engage with the blogging community. I don’t know why I stopped them before.

Anyways, this is my third Sunshine Award and I’m really touched that I’ve been tagged for it 3 times! Thank you guys so much!! You can see my previous one’s here and here.

END_OF_DOCUMENT_TOKEN_TO_BE_REPLACED 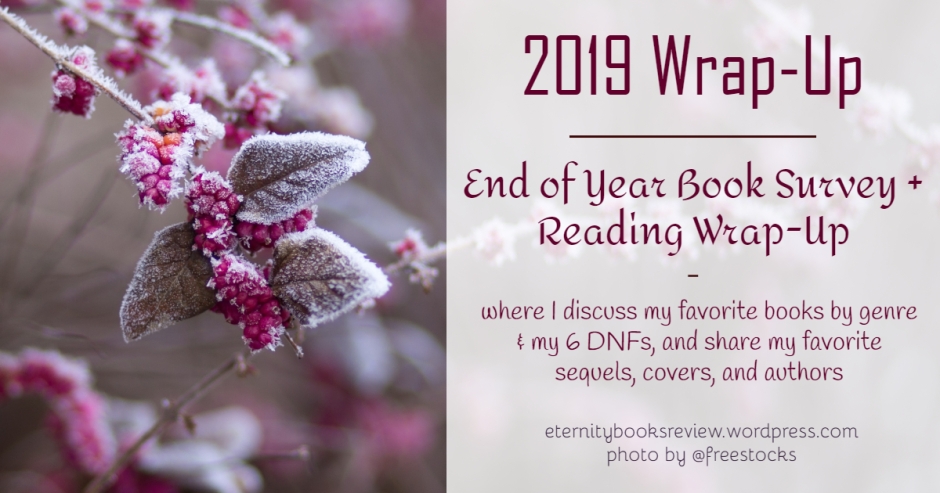 Hey guys and welcome back! Today is the 7th day of 2020 and life is finally getting back to normal. Yesterday was the first day of school again, and to be honest, I kind of missed having classes and assignments. I know. I can barely believe that I even thought that myself. But of course, when assignments properly start, I’m going to be wishing for another break once again.

Anyways, today I’m going to be wrapping up my 2019 reading year.

To help wrap up my past reading year, I’ve decided to do Jamie’s End of Year Survey with a twist. Instead of answering all her questions (46!!), I’m going to pick a handful to answer, and also do a wrap-up my way. Initially, I was going to do 2 different posts, one with the survey and the other with my wrap-up, but that’s going to be repetitive, so I’ll be combining both.

(This is the 10th year that Jamie @ The Perpetual Page Turner has hosted this tag, so if you’d like to do it, head right over to her lovely blog to see all the prompts and questions!)

This is probably going to be rather long, so without further ado, let’s get started!!!

Genre You Read the Most From: Mystery/Thriller/Suspense

I didn’t make it to 100 books. But that’s okay. Because I got to 98, which is still a pretty good number and I’m really proud of myself for making it that far.

The re-reads were The Fixer and The Long Game, both by Jennifer Lynn Barnes, and Cross My Heart and Hope to Spy by Ally Carter. The first two were great, and I loved re-reading them. The third one was a little cringey, and I can see why it appealed to a Younger Rukky, but it was not for Current Me.

Lol, no surprise. Mystery/Thriller/Suspense was by far the genre that I read the most from, with Fantasy coming in second, and Contemporary in third.

I made a little pie chart to break down my reading even further, and I’m so relieved that it turned out looking okay.

I also did another chart showing my year in books by rating, so here you go:

I like how most of my books were 4 or 3 stars. The books were either mediocre or pretty good, just not super great, and I’m happy with that. I think it also shows that I’ve figured out what books work for me, and what don’t, and so hopefully next year, this will have much less 2 or 1 star books.

I did have a couple of DNFs (Did-Not-Finish), and most of them, I plan on trying to re-read another time, while some I absolutely did not like.

For Blanca and Roja, Ninth House, and Blindsighted, I don’t think i was in the right mood when I picked them up, so I was really bored and impatient with them. These are the ones I plan on picking up some other time.

Marshall Law just wasn’t for me. I got it for review from Reedsy, but I didn’t like it and never finished it.

Captive Witness was disappointing, because I loved Nancy Drew once upon a time, and when I picked this up, I couldn’t get over how old fashioned it was. I was cringing so much, and decided to stop so that I wouldn’t ruin all my great memories of reading all the various series.

The Perfect Husband was a nightmare. I am so done with that book. Usually, when there is extra stuff going in books, especially in thrillers and mysteries, I just skim past and move on. But this book had stuff in pretty much. Every. Single. Chapter. I can’t believe I got to 74%. SEVENTY-FOUR, guys. And you’d think that they don’t have time for any of this extra drama, and so called “romance” when the MC is being hunted by a pure 100% psychopath. But no, they can’t stop their “love” for five seconds.

So yeah. 3 of them, I might try later, 2 of them were just not for me, and 1 of them was a true nightmare. But I’m still pretty glad that I only had 6 DNFs the entire year.

Honestly, it was Mistborn: The Final Empire, but to pick a different book, I’m going to go with the Shades of Magic trilogy.

I’ve already read the first book, A Darker Shade of Magic, and even though it was slow in the beginning, I loved the magic and the world, and I can’t wait to read the second book.

Vengeful by V.E. Schwab. This was such an awesome sequel, and I loved the new villains, as well as Victor’s search for a cure. The ending was really great, but I hope that there is still a 3rd book! Mitch, Syd, and Victor were so sweet together, and honestly, this book was just perfect.

Nope, none. The only Series Ender I read in 2019 was The Queen of Nothing, and that was most definitely one of the worst I’ve ever read. I’m just really disappointed and salty about it.

Favorite new author you discovered in 2019?

My new top three authors that I discovered in 2019 are:

It’s a tie. I can’t pick one over the other! Both covers are just so beautifully gorgeous.

Book you can’t believe you waited UNTIL 2019 to finally read?

One of Us is Lying by Karen M. McManus. I’d seen it in my library a lot, and I can’t believe that I never picked it up until earlier this last year. It was one of the first YA mysteries that I read, and I really loved it.

This post is already over 1,500 words long, so I’m going to stop here. I think I’ve covered all the major questions, and if you’d like to see all the books I read last year, check out my 2019 Year in Books on GoodReads. I’ll probably be doing a Blog/Life Wrap-Up next, and I may do a Most Disappointing Books of 2019. Not sure yet, but keep an eye out for another wrap-up!

That’s it for this post! What was your favorite book of 2019? Have you read any of the ones mentioned above? What did you think? How many books did you read in 2019? Chat with me in the comments below! 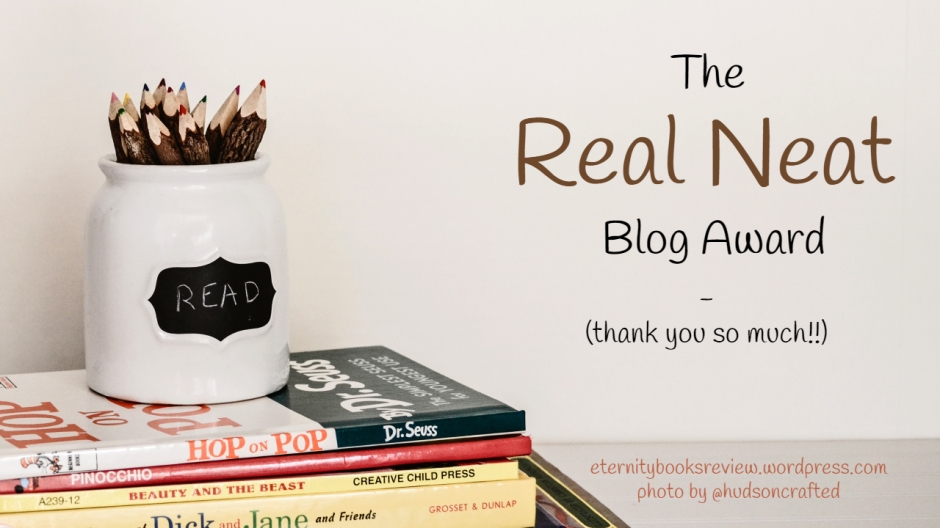 I’m a very neat person. Well, most of the times.

You see, I try to keep my desk and room clean a good 95% of the time, but you know, it gets messy, and it takes time, and then sometimes I don’t really care have time. However the award could actually mean real neat, as in real cool?? In that case, I don’t know. I think I am kind of cool…

Anyways, thank you so much to Diana @ Fortunately, the Book for nominating me! Be sure to check out her lovely blog!!

Hmm. Tough question. I’ve read a lot of amazing books this year. Some have stuck out more than others, but I can’t honestly say that one of them was the best of the best, because they are all equally amazing for different reasons. One book that really had an effect on me though was The Book Thief by Markus Zusak. This was just so beautiful, and sad, and heartbreakingly painful. I can’t believe that I didn’t want to read this before, because it’s a story that has stuck with me, and I love it so very much.

What is one thing you wish to accomplish before the end of 2019?

My GoodReads goal!! I’m getting there. But there are only what, 10 days left of the month, and I’ve still got 8 books to go!! I think I should just borrow some novellas to help me finish, because at the rate that I’m going with full novels, I’m not going to make it. Please share your novella recommendations in the comments!!

If you celebrate/enjoy Christmas, what’s your favorite Christmas song?

I don’t celebrate Christmas, so I don’t have a favorite song 🙂

What book you wish to receive this Christmas?

Well, as I said above, I don’t celebrate Christmas, but a book I would love to have is The Scorpio Races by Maggie Stiefvater. The cover is just so so BEAUTIFUL, and I love it. Honestly, even if I don’t ever re-read it, I still want a physical copy just to stare at and admire.

If you can change one thing about your blog (graphic, title, etc…) what will it be?

Honestly. I’d probably change the whole thing. Title, design, graphics, everything. I really like what I have right now, but sometimes, I wish I had a simple black/gray and white theme so that I could do whatever I wanted. Since I’m stuck with a green-vine-pink flower theme, I feel like I can’t really design photos and posts however I like? I have to keep it in line with what I already have.

But if I changed only one thing right now, it’d probably be the graphics/background.

Lol. I don’t have anything. Just my blog, and GoodReads, and Reedsy. If they can be considered social networks. Which they kind of are I guess.

Well, I don’t really drink something specific during any of the seasons. I just drink something. I really like Black tea, with a splash of milk and some sugar. It just tastes so. so. good. If I’m having any hot drinks, that would be it.

That’s it friends! Until next time: