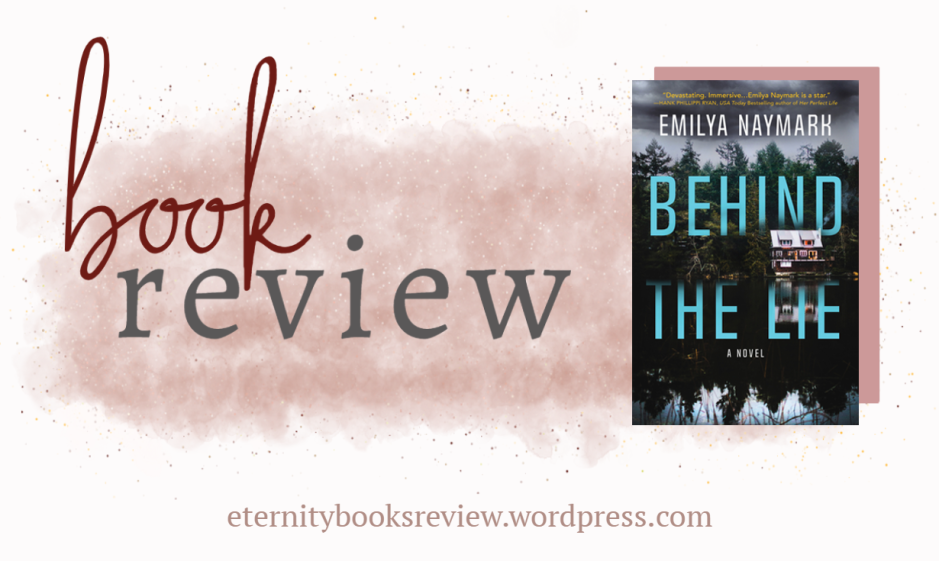 I’m here with my first review of the year folks, and it’s an ARC one that is being published today!

Behind The Lie was an interesting read. It was different from expectations since I was thinking it would be a straight up private-investigator style of mystery (one of my favorite types to read) but half the story was PI-style, while the other half was similar to a psychological suspense novel.

Nevertheless, it was still a great book, and I love how the plot twists unfolded. Before I get into the details of what I liked, here’s a couple of disclaimers: all spoilers will be in dropdowns, so you may skip them if you like. I was given a copy of this book in exchange for a review, however all opinions and thoughts are my own.

Without further ado, let’s get started!

NYPD detective turned small town PI Laney Bird is in a fight to save lives–including her own–after a neighborhood block party turns deadly.

A transplant to the upstate New York hamlet of Sylvan, all Laney wants is a peaceful life for herself and her son. But things rarely remain calm in Laney’s life–and when her neighborhood summer block party explodes in shocking violence and ends with her friend’s disappearance, she’ll need all her skills as a PI to solve a mystery that reaches far beyond her small town.

As people closest to Laney fall under suspicion, the local authorities and even her colleagues question her own complicity. And then there’s fifteen-year-old Alfie, her complicated and enigmatic son, obviously hiding something. Even as Laney struggles to bury evidence of her boy’s involvement, his cagey behavior rings every maternal alarm.

Laney’s personal life unravels as she’s drawn into her missing friend’s dark secrets and she realizes she and Alfie are in danger. With treachery blazing hot as the searing summer sun, Laney fights to save lives, her family’s included.

Out of all the characters, I liked Laney, Jack, and Alfie the most.

Laney, because she is a determined and accomplished woman, yet also reserved and not exactly amazing at making friends. Holly’s her one and only friend in Sylvan, and Laney doesn’t actually seem to be bothered that that’s the case. She’s fine with just Holly, Alfie, and her job to make her life somewhat perfect.

And her job is one that she enjoys: being a private investigator. She’s great at it, which is no surprise considering she was a police detective before that. There are little bits of her history that are referred to in this book, which I believe include some events that happened during the first Laney novel (that one’s called Hide in Place, but Behind the Lie can be read as a standalone) and it made me curious to see what Laney was like before this book.

One thing that I don’t see much with PI novels is that the MC has kids. There’s maybe a significant other, there’s possible extended family, but the PI themselves don’t usually have kids. I feel like kids would make things a bit less clear-cut for the PI because now they don’t have the freedom to throw their safety completely aside to pursue a case. So, I was interested to see how the dynamic between Laney and Alfie played out and what effect, if any, it would have on her work.

First of all, I really liked Alfie; he’s such a sensitive and very giving soul. He’s the kind of person that you want to protect from all the evils and heartbreaks of the world. However, he’s also a very closed-off and private person, and it was frustrating to see the lack of communication between him and his mom.

The whole relationship between Alfie and Laney was kind of fascinating for me, because Alfie pretty much ran from his mom, or ignored her/her orders, and in general, didn’t seem to know how to communicate with her. Why do I say fascinating? Because I could never in a million years act the way Alfie did without getting into mountains of trouble, and it was interesting to see a family relationship that was so unlike my own. I also wonder if their relationship is partly how it is now because of previous events that may have transpired in the first book. I really want to read the first book now lol

About Alfie’s lack of communication, that wasn’t solely his problem; Laney didn’t know how to communicate with him most of the time either. Which when combined with a missing persons case, arson, a gunfight, and serious damage of property that Alfie might potentially be in some way connected to, it made for a very tense and edgy relationship.

The last character I liked was Jack, and that was mostly because I was rooting for him to be a friend for Laney. He was very awkward about it which was fun to read. Personally, I would have liked to see him in the plot a bit more, maybe if Laney grudgingly let him be her partner in solving Bubba’s case. But who knows, if there are future Laney books, maybe he will play a bigger role.

Other characters that deserve a mention are Holly, Vera, and Step.

I didn’t like Vera from the very beginning. She and Step just rubbed me the wrong way and that feeling intensified as everything unraveled. For some more spoilery thoughts, you can read the dropdown below.

Holly is that one super mom who has adorable kids, a loving husband, a house that’s been in her family for generations, and a secret career as a romance writer. She befriends every soul that crosses her path, and has a strong need to help other people and fix their problems.

Which all sounds wonderful from the outside, but is actually threatening to tear her perfect life apart.

It started with her siblings, one who is a recovering drug addict, and the other who is battling cancer. A little money here and there to help them out has now snowballed into a nightmare, and as she waves goodbye to her husband and children every morning, she’s sitting on a secret ready to explode: her family is in debt and their house is near foreclosure.

But Holly can fix this, she has to. She will find some way to fix this without anyone ever knowing about it.

Honestly, I could relate to Holly. Not the whole sitting on the fact that my family’s about to lose their house part, but the desire to maintain appearances and help everyone as much as feasibly possible. Where I differ, is that I don’t think I could let myself fall so far down the rabbit hole of helping people to put the people closest to me in danger.

At least I hope I wouldn’t.

See, this is why I didn’t count Holly as one of the characters I liked. She rattled my confidence in myself. Yes, a very petty reason to not like a character, but it is what it is.

Holly’s situation also made her a perfect prey and it was understandable to see how everything spiraled completely out of control. Even though I didn’t particularly like her, I was definitely curious to read her chapters and see how the past led to the current present that Laney was dealing with.

The plot was awesome. There were so many seemingly unrelated things that turned out to be related and I loved seeing all the dots connect together.

I couldn’t guess the ending because all those plot twists changed everything that I thought was concrete. Holly also grew to be an unreliable narrator so I wasn’t sure how much to trust what was happening in her chapters. This is where the psychological suspense I mentioned in the intro comes in.

There was an aspect that I wish had been covered (in the spoiler dropdown below), but overall, the plot was really solid and I enjoyed it very much.

Emilya Naymark is the author of the novels Hide in Place and Behind the Lie.

Her short stories appear in A Stranger Comes to Town, edited by Michael Koryta, Secrets in the Water, After Midnight: Tales from the Graveyard Shift, River River Journal, Snowbound: Best New England Crime Stories 2017, and 1+30: THE BEST OF MYSTORY. When not writing, Emilya works as a visual artist and reads massive quantities of psychological thrillers, suspense, and crime fiction. She lives in the Hudson Valley with her family.

Behind the Lie published today on February 8, 2022!

Chat with me in the comments below!

7 thoughts on “ARC Review: Behind the Lie // an interesting and somewhat psychological mystery”