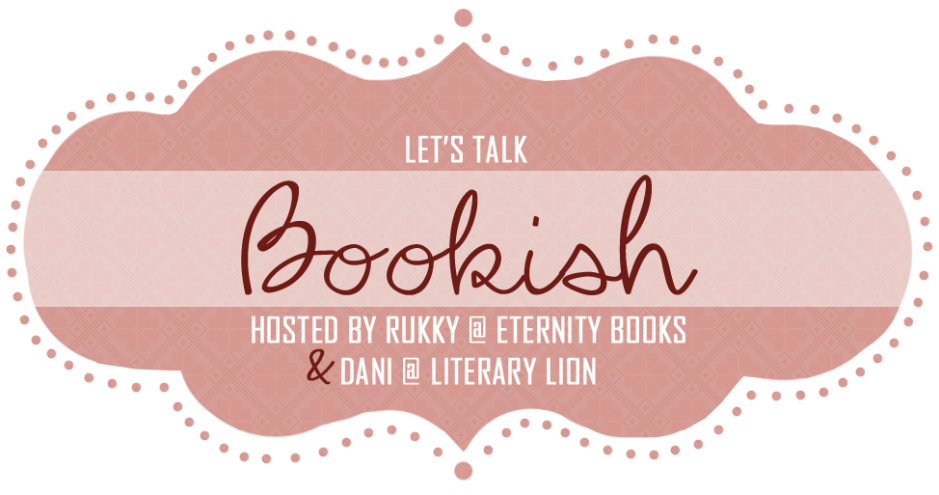 Hello, hello, welcome back to the blog! I hope you’re having a lovely day, and if not, that the day will get better ❤

I am so ready for this break, and can’t wait to just do absolutely nothing. I’m purposefully not making any plans so I don’t put pressure on myself and then be disappointed when I don’t follow through. I’m taking this break as it goes, and we’ll see if anything comes out of it blogging or reading wise.

Despite me not making plans, I still kind of want to do a reading update. I haven’t done one in a while, and I’ve been feeling a little slump-y and need some recommendations, so maybe a post talking about all that will come next week.

I’d appreciate any recommendations you may have now though!

In other news, I’ve updated the Let’s Talk Bookish page to include this month and next month’s topics, so you can head here to check them all out. And well, it is Friday, so we’ve got another topic to discuss today.

Let’s Talk Bookish is a weekly meme hosted by me and Dani @ Literary Lion where we discuss certain topics, share our opinions, and spread the love by visiting each other’s posts. Today’s topic is about blog hiatuses. Join in on this meme by writing your own discussion on the topic, and sharing your link using the inLinkz available here.

Without further ado, let’s get started!

The Definition of a Hiatus

The dictionary definition of a hiatus is:

a pause or gap in a sequence, series, or process

So technically speaking, any unusual pause or gap in a person’s posting schedule could be called a hiatus, since it’s a pause that interrupts the normal sequence of posts.

Personally, my minimum for a hiatus is a week, because missing a couple of days isn’t that big of a deal in my humble opinion. Of course, missing a week, or two, is also not that huge, but it’s a long enough period to establish that “yes, this person is taking a break” and that it isn’t just a fluke or a quick breather.

I don’t think there’s a max to how long a hiatus can be, since the only important thing is that there’s a potential to return which would make the period between your last post and the next one you write – however many weeks, months, or years later – a hiatus, since it is a pause/gap in your posting.

It stops being a hiatus when you know that you’re not coming back to blog, probably ever. At that point, it’s a closing of a chapter of your life, and hopefully the beginning of another amazing one.

But that’s just my personal opinion of what a hiatus is.

My History With Hiatuses

I think I took my first official hiatus three months into blogging, and it was for a grand total of about a week or two. I wrote a little post announcing it (making sure to lament the school system for its evilness) and then officially was on hiatus for a bit.

That was my approach when I first started.

Nowadays, I just disappear for very long stretches of time with no warning or explanation. Ah, how things have changed.

I’ve always had mixed feelings when I took a hiatus because I don’t want to let my readers down. At the same time, some part of me is also worried that I’ll be losing precious engagement every time I take a break.

And lately, I’ve been taking lots of breaks, not announcing them, and then finally coming back only to disappear after one solitary post. I’ve given up on worrying about the engagement.

I’m filled more with guilt because I don’t have the burning passion to blog anymore.

In the past, I would make sure to blog, even if it meant going to bed at late hours, while dealing with everything going on in my life. Now, even when I have the free time, my first thought isn’t to go and churn out posts.

I just let my blog continue to sink in neglect.

The funny thing about all this is that my blog isn’t actually dying every time I disappear for weeks, maybe a month at a time. I’m still getting new followers, which is ironic because I haven’t done any proper blog hopping in ages, so I’m not sure how they’re finding me (unless they come through LTB, which is even worse because I’ve been abandoning LTB as well, even though I’m supposed to be a host). Comments are more sporadic of course, since there’s nothing new for people to comment on, but it’s not like my stats are going completely to zero or I’m losing followers.

Even after I come back every time and apologize about it and make new empty promises or goals, everybody is still so nice and understanding about it. It means a lot, you’re all so amazing, patient, and kind.

The last few times, I haven’t made my reappearance a big deal, or even made plans beyond writing the post for that day, since I’ve failed to follow through every other time before that. Maybe being nonchalant about it, and not giving myself any expectations will help me stop making the word “hiatus” a synonym of my blog.

It’s worth a try anyway.

The Etiquette of Taking a Hiatus

There really is no etiquette per se.

I think that most of the time, hiatuses aren’t actually planned; they just happen. So there isn’t an opportunity to write up a post informing everyone that you’ll be gone for X amount of time, because you probably don’t even know how long you’ll be gone either.

If you do make a planned hiatus, then announcing it is definitely nice, and will probably also let anybody that discovers your blog during that break know that there’s a potential for more posts in the future.

But do you have to make an announcement? I don’t think so.

Nobody is going to be mad if you took a hiatus unless you promised somebody something and proceeded to disappear instead of fulfill that because we’re all living life, and life just loves to throw curveballs at us. And sometimes we just need a mental break, so nobody is going to begrudge you taking time for yourself.

Nobody is paying you to run your blog, no one is helping you balance it and your life, so you don’t exactly owe anybody anything.

There can even be a whole discussion on what bloggers owe readers and vice versa, but we’ll leave that for another day.

Hiatuses can be any planned or unplanned interruption/gap in your posting. They don’t have to be announced beforehand and I doubt anyone will be mad at you for taking that time off. There’s definitely some guilty feelings that may come with taking that break, but it’s also important to be kind to yourself no matter what happens.

Talk to me in the comments below! 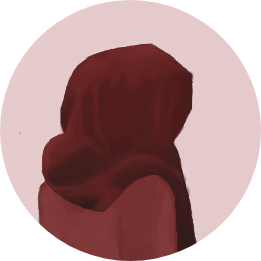