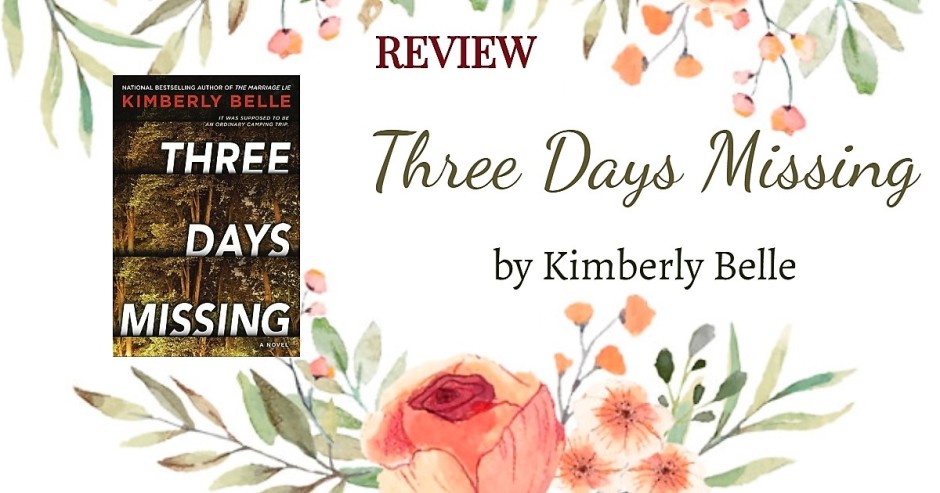 Hello and welcome! Today I’m going to be reviewing Three Days Missing by Kimberly Belle. This was a good thriller, but I was also disappointed since it was pretty obvious who the bad guy was.

Summary: It’s every parent’s worst nightmare: the call that comes in the middle of the night.

When Kat Jenkins awakens to the police on her doorstep, her greatest fear is realized. Her nine-year-old son, Ethan, is missing—vanished from the cabin where he’d been on an overnight field trip with his class. Shocked and distraught, Kat rushes to the campground where he was last seen. But she’s too late; the authorities have returned from their search empty-handed after losing Ethan’s trail in the mountain forest.

Another mother from the school, Stef Huntington, seems like she has it all: money, prominence in the community, a popular son and a loving husband. She hardly knows Kat, except for the vicious gossip that swirls around Kat’s traumatic past. But as the police investigation unfolds, Ethan’s disappearance will have earth-shattering consequences in Stef’s own life—and the paths of these two mothers are about to cross in ways no one could have anticipated.

Racing against the clock, their desperate search for answers begins—one where the greatest danger could lie behind the everyday smiles of those they trust the most.

*Thriller. This is every parent’s worst nightmare: getting a visit from the cops in the middle of the night telling you that your child is missing. And that’s what happens to Kat Jenkins. I liked how the plot was instantly tense from the beginning, even if it was a little slow, and created a lot of anticipation as the clock ticked and Ethan still remained missing. It was also interesting to see how Stef and her family fit into the story. It made me want to continue reading, to find out what happens, even though I was pretty sure I knew the identity of the kidnapper.

*Characters. I really felt so much for Kat, and I actually grew to like Stef, even though at first she annoyed me. Kat’s fear and emotions were so real and I understood her struggle and frustration with everyone. Stef’s role in the matter, combined with her anxiety and struggle to connect with her son, were also very interesting and heartfelt to read. I also really liked Lucas and his loyalty and love for Kat and Ethan. He truly is Kat’s brother in ever way but blood.

*The reveal of the kidnapper. It was really disappointing because the moment the character was introduced earlier in the book, I knew it was them. So the reveal was pretty underwhelming. But, it was still interesting to know why Ethan was taken and how everything had gone so horribly wrong.

*Ethan. I actually liked Ethan and his relationship with his mom, but it kind of annoyed me that he had such a high IQ. Lately, it seems like most thrillers that involves a kid, is about a kid who is “different” or really “smart” or unlike other kids. It’s starting to become cliche at this point, and I don’t see why Ethan couldn’t be a regular kid. And even if he had a high IQ, it didn’t need to be mentioned so many times.

I liked this, I would recommend it, and I hope you enjoy it if you read it! The characters were interesting, the plot build-up was great, and even though I knew who the kidnapper was, I was still a little thrilled by the ending.

One sentence summary: An interesting thriller with great characters and an underwhelming reveal.

Have you read Three Days Missing? What did you think? Have you read any other books by Kimberly Belle? Do you find it annoying when the main kid in the story has a high IQ or is “unlike other kids”? Chat with me in the comments below!

One thought on “Three Days Missing by Kimberly Belle – Review” 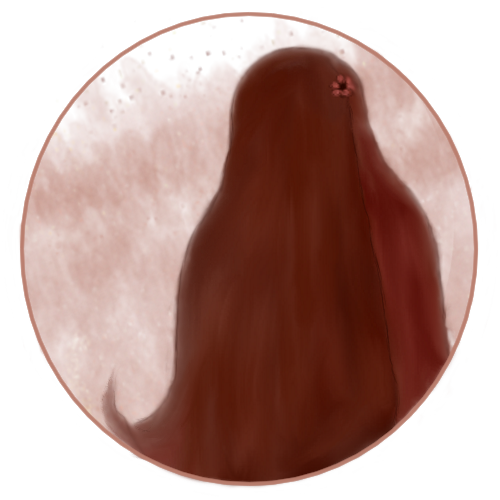