Welcome guys!!! Today’s review is of my new all-time favorite book, Six of Crows by Leigh Bardguo. I was supposed to review this last month and it totally slipped my mind?? But here we finally are! I loved the characters, the plot was okay, but the team, was ridiculously awesome. There are spoilers in this review and in the comments, so if you’d like, you can skip straight to The Wrap to here my final thoughts.

Summary: Ketterdam: a bustling hub of international trade where anything can be had for the right price—and no one knows that better than criminal prodigy Kaz Brekker. Kaz is offered a chance at a deadly heist that could make him rich beyond his wildest dreams. But he can’t pull it off alone. . . .

A convict with a thirst for revenge

A sharpshooter who can’t walk away from a wager

A runaway with a privileged past

A spy known as the Wraith

A Heartrender using her magic to survive the slums

A thief with a gift for unlikely escapes

Kaz’s crew is the only thing that might stand between the world and destruction—if they don’t kill each other first.

Quote: “No mourners. No funerals. Among them, it passed for ‘good luck.”

*Kaz “Dirtyhands” Brekker. No words need to be said. Okay fine. I love his grayness, how he murders and attacks and kills mercilessly. How he has no conscience unless it had to do with his merry little band. His terrible childhood. How he is totally swoon-worthy. Also because I’m twisted and have this strong desire to love him, or make him see the world without wanting to kill or just thinking other humans are pieces of a chess game. His tragic past also added to his character and just made me understand and feel for him even more. His love for money and what can only be called arrogance made the story even more hilarious. (When he nearly drowned, and Nina tells him he has to live to get his 3 million kruge, and he instantly clears and says 4 million-that made me laugh so much)

*Inej. She’s been through so much trauma which drives her everyday. I love how at the end, even though her shoes were melting to her feet and she was tired and exhausted, the thought of saving other girls from slavery spurred her to continue. I also absolutely love Inej and her relationship with Kaz. Every single time they spoke to each other, it was filled with sarcasm hiding their love and admiration for each other. The way she also worries about the whole group and about every plan was just sweet and amazing.

*Jesper and Wylan. These two are amazing. Jesper for his quips and Wylan for being so cute and worried. Their constant flirting too was hilarious and I loved them both individually, and together. Wylan was adorable and is the only one who acted his age. It’s not that surprising, since he didn’t have a really horrible past compared to the rest of the Dregs.

*Nina and Matthias. I didn’t really like Nina? But her optimism, and her loyalty to her people and the way she flirts with everything was cool. Matthias was the same. His constant sour mood and the way he slowly warmed to the rest of the Dregs and actually began joking with them was great. Also, their enemies-to-lovers romance was okay, though I didn’t really care about them. Together they made Kaz’s merry little band complete.

*Dialogue. All the dialogue in this book is genius. Purely amazing. The sarcasm, the wit, the awesomeness that is every word in this book makes me want to read it again and again. There’s a reason this book has 18 pages of quotes on Goodreads (and I think that is still not enough…).

*Diversity and Representation. This book is amazingly so diverse. The characters are a mix of skin tones, and many are bisexual or gay. Nina is curvy and is also considered the most gorgeous of them all. Kaz is also disabled and yet he’s still one of the most feared gangsters in the Barrel. I also love how it doesn’t consume his character or that it isn’t the focus of the story. And Wylan is dyslexic, yet he’s still amazing and smart and it doesn’t make the gang feel any different towards him. They all suffer from PTSD and it’s handled while also not taking over the story which I thought was perfect.

Quote: “Take good care of my babies,” Jesper said as he handed them over to Dirix. “If I see a single scratch or nick on those, I’ll spell forgive me on your chest in bullet holes.”

*Wylan’s POV. My adorable little Wylan did not get his own POV. I would have loved to read his POV and figure out what he was thinking, and how he was coping with Jesper’s constant flirting, and being the only one with a decent conscience compared to the rest of the crew. It was really disappointing that he was left out.

*The Ending. (Note: A friend has pointed out that I might have read this wrong, but until I re-read it, I think I’m going to leave my initial opinion the way it was.) I could tell and feel that there was going to be a trap at the end of the book. The fact that Kaz walked right into it without anticipating it made me upset. I was surprised that he agreed to go to an island picked out by someone else, and even more surprised and frustrated when he realized it was a trap after it was too late. The reason he didn’t give Van Eck Kuwei was because he just wanted to cheat him, not because of a trap, and I felt that that was a little out of character for him.

Quote: “Please, my darling Inej, treasure of my heart, won’t you do me the honor of acquiring me a new hat?”

I really loved this, I would recommend it, and I hope you enjoy it if you read it! The characters are spectacular, the plot was okay, and I can’t wait to read book 2. I’ve definitely found my new favorite book and this is going to be probably at the very top of my favorite books of 2019.

One sentence summary: An okay heist with strong and complex characters.

Have you read Six of Crows? What did you think? Do you have any recommendations for books similar to this? Am I the only one who didn’t really like Nina? Let’s chat in the comments below!

21 thoughts on “Six of Crows by Leigh Bardugo – Review” 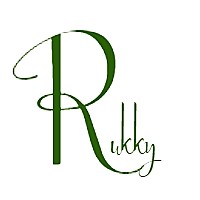 My name is Rukky. I’m a Muslim teenager who loves thrillers, mysteries, and the occasional YA book who am i kidding, it’s more than occasional.