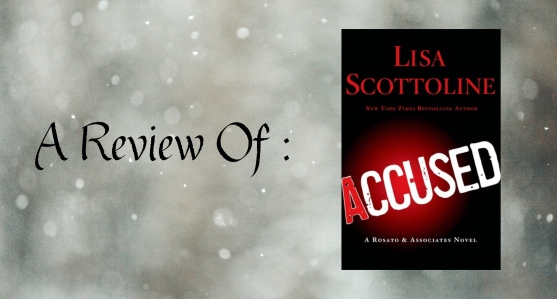 Summary: Mary DiNunzio has just been promoted to partner and is about to take on her most unusual case yet, brought to the firm by a thirteen-year-old genius with a penchant for beekeeping. Allegra Gardner’s sister Fiona was murdered six years ago, and it seemed like an open-and-shut case: the accused, Lonnie Stall, was seen fleeing the scene; his blood was on Fiona and her blood was on him; most damningly, Lonnie Stall pleaded guilty. But Allegra believes Lonnie is innocent and has been wrongly imprisoned. The Gardner family is one of the most powerful in the country and Allegra’s parents don’t believe in reopening the case, so taking it on is risky. But the Rosato & Associates firm can never resist an underdog. Was justice really served all those years ago? It will take a team of unstoppable female lawyers, plus one thirteen-year-old genius, to find out.

“Understood, but you’re a minor. If you’re looking for legal representation, you’re not of the age of contract.”

“Then we won’t make a contract. Would that work?”

I’ve never read a Lisa Scottoline book before this, and to say that I liked this, is an understatement. Accused was such a beautiful story, one in which I got to know Mary as a person, and still have a  mystery to solve. I put off writing this review so that I could read the next book in the series, Betrayed (review to come). I’m definitely finishing the series, and will explore the rest of Lisa’s work.

Allegra Gardner, thirteen year old beekeeper, is determined to find the person who killed her sister Fiona six years ago. Problem is, a man has already been arrested, tried, and imprisoned for the crime. The Gardner family, wealthy folks with lots of connections, doesn’t want anybody to stir up the past. Allegra doesn’t care and hires Mary DiNunzio to solve the mystery.

“Mary, can I hire your parents, too?”

I loved Mary’s character. She’s a warm, loving woman who tackles any and every case. She’s a champion for those who are wronged and doesn’t care about money. She’d rather help an old friend for free than bleed their accounts dry. Her Italian family are also very hilarious and it was a refresher to see how much they loved her.

“THEN WAIT ‘TIL WE STOP.” Her father’s tone softened.”MARE, GOD FORBID ANYTHING HAPPENED TO YOU! YOUR MOTHER WOULD KILL US BOTH!”

Her best friend, Judy Carrier, is an honorary daughter of the DiNunzio family and Mary’s voice of reason. The two initially start the investigation together but things take an unexpected twist later on. However, she’s always there to help Mary and the two are inseparable.

The plot of the story is great and I loved the dialogue. Everything is dealt with in a systematic manner, but one problem for me was the slowness. It wasn’t a thriller like I thought it would be, and Mary’s personal life constantly slowed it down even further. Allegra was an interesting girl and I felt very sorry for her. I was very worried, especially after it was revealed she’d tried to commit suicide. (To read spoilers, highlight the text.) Her obsession with finding out her sister’s true murderer was also very alarming at times.

“I know that, too, but I have to know the truth, no matter who likes it and who doesn’t.”

It wasn’t until the end when we found out who the murderer was that the thriller-y part happened. It wasn’t something breathtaking or edge-of-your-seat kind of life threatening either, so it just left me feeling, meh.

However, the story was awesome and I’d definitely recommend it for fans of legal mysteries and adventures.

My name is Rukky. I’m a Muslim teenager who loves thrillers, mysteries, and the occasional YA book who am i kidding, it’s more than occasional.